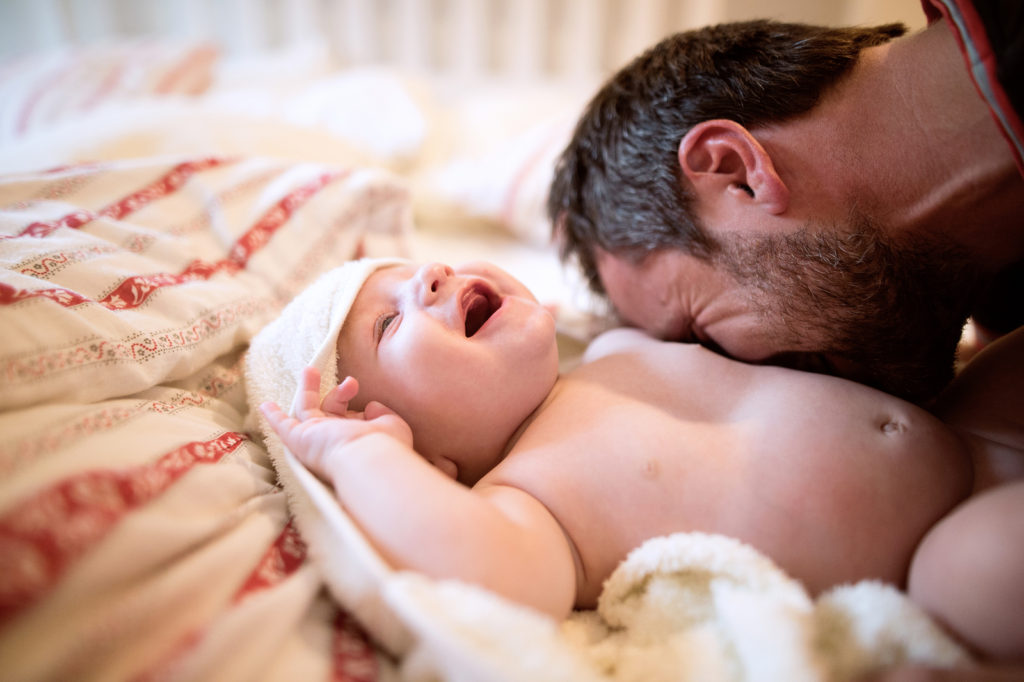 Fathers who are more engaged and active with their children in the first few months of life could well have a very real positive impact on the cognitive development of their little ones.

This is according to new research from Imperial College London, Oxford University and King’s College London, revealing that babies whose dads were more active with them during their early months did better on cognitive tests when they were two years old.

The study involved recording videos of parents interacting with their kids, with mums and dads playing with their babies without toys at three months old. They then videoed them during a book-reading session at two years old. A positive correlation between the degree to which fathers did engage with babies and how the kids scored on standardised Bayley mental development index tests was found.

“We also found that children interacting with sensitive, calm and less anxious fathers during a book session at the age of two showed better cognitive development, including attention, problem-solving, language and social skills. This suggests that reading activities and educational references may support cognitive and learning development in these children,” Dr Vaheshta Sethna of King’s College said.

Baby games can be a lot of fun for the little one and the parents alike. Remember that repetition is important and you may find your games don’t work the first time you play them. Attention spans will change depending on mood, age and the baby’s temperament so don’t lose heart if you don’t think your kid likes Peekaboo. It may be that they just don’t get it yet!

What To Pack When Travelling With A Baby
Next Post: What To Buy For Expectant Parents